colour & design surgery… why are halloween colours orange and black? 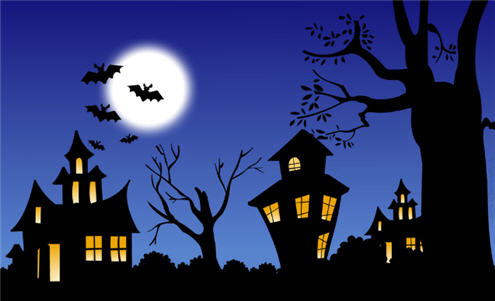 This is part of the colour & design surgery series, answering questions from clients and readers.

Answer: Researching into the colours of Halloween it is fascinating to find its roots are in a festival dating back over 2,000 years to Celtic times.

a bit of history
The Celts celebrated their new year on November 1 to marked the end of the harvest time and the beginning of the dark, cold winter, which was often associated with death. They believed on the eve (All Hallow’s Eve = Hallowe’en) before the new year, the boundary between the worlds of the living and the dead becomes blurred, when it was believed the ghosts of the dead returned to earth. ooh, all rather spooky….

Orange represents fun, warm, abundance.  It’s a great colour to stimulate social interaction and conversation and that’s what celebrating Halloween is all about, fun and socialising with family and friends.

Black on the other hand represents darkness, mystery, the unknown.  It can appear menacing and scary.

Colour Symbolism. Representing the colours of harvest and the mysterious unknown.