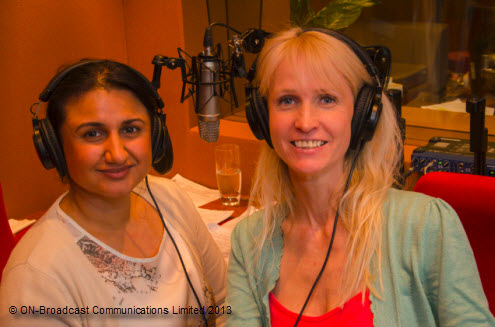 If you were listening to the radio yesterday morning, chances are, you may have heard me along with client Hina Sharma, Head of Brand & Content Development Europe Pitney Bowes, being interviewed. We were on a bit of a radio interview marathon – on 15 radio stations across the UK, from BBC Guernsey all the way to up to BBC Scotland. We had a great time sharing insights from the colour research recently conducted by Pitney Bowes and analysed by me.

Pitney Bowes really wanted to understand its customers’ attitudes and reactions to colour, so comprehensive research was conducted amongst consumers in the UK, France and Germany. And some really interesting results came to light. Here’s just a few of them.

“60% of Germans feel pink is better left to the girls. Whereas the French (44%) and Brits (58%) believe it’s a colour for the boys too”
[source: Pitney Bowes/Karen Haller]

Is pink really just for the girls
From the research, it would appear the Germans think so, with three in five (60%) of them believing that only girls should wear pink. Whereas the French take a much more “laissez-faire” attitude, with over two fifths (44%) believing that either gender can wear it happily.  Here in the UK, over half (58%) of Brits believe that boys should feel free to wear pink too. And why not I say – getting in touch with their softer side.

The power of colour in commerce
It’s interesting to observe how a nation responds to colour, as this can reflect how it views its current economic status.  In recession-hit France and UK, the majority of people believe an envelope with a red message on it can mean only one thing – they’ve gone overdrawn. In effect, they’re seeing red as a warning sign. This is displaying the negative psychological side of red.

However in Germany, most people either had no reaction to a red envelope, or thought it meant the letter must contain something exciting. Here we see the Germans responding positively to red.

Colour Facts – the power of colour
A popular question from the DJ’s  was ‘can colour, especially wearing red, really make a difference to winning’.  Here’s an interesting statistic, since 1947, English football teams wearing red shirts have been champions more often than expected.  When it comes to the psychology of red, it’s the colour of masculine physical courage and strength, power and energy.  So this suggests teams wearing red could feel powerful and strong, full of energy and motivation. Red gives the impression it is moving faster than it really is, which may go in their favour too.

Listen here BBC Radio Scotland
If you missed the interview, you can listen to the full BBC Scotland interview here at only 4.23 minutes long. 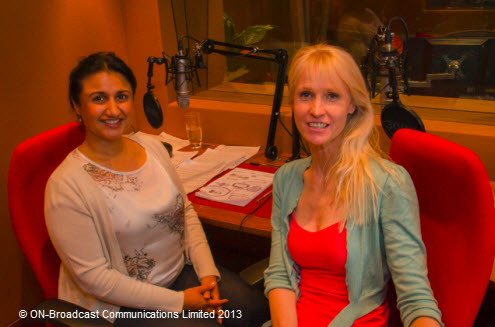 Pitney Bowes radio day | After 15 interviews in 4.5 hours, Hina and I are still smiling and full of energy.

I’d love to know what your thoughts…. do you think pink is just for the girls or can men wear it too? When you see red writing on an envelope do you think overdue bill or get excited?