australia’s cigarette ‘plain packaging’ laws is anything but plain 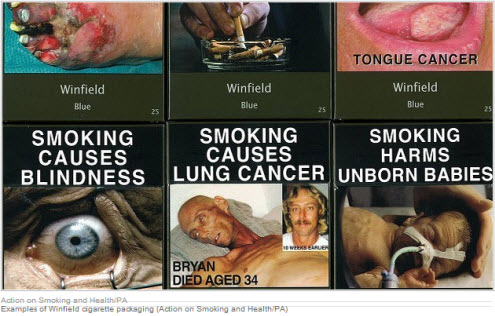 Yesterday, 1st December, Australia became the first country in the world to have a law come into effect forcing tobacco firms to sell cigarettes in plain packets. This was to remove any ‘perceived’ glamour from smoking and prevent young people from taking up smoking.

85% of shoppers place colour as a primary reason for when they buy a particular product. Source: KISSmetrics

With 80 per cent of smokers starting before the age of 18, and 99 per cent before they turn 26, health authorities hope the new packaging will have the biggest impact on young people.

“Even from a very early age you can see that kids understand the message that the tobacco company is trying to sell through their branding,” said the federal health minister, Tanya Plibersek.

Colour is emotion
The ruling means companies will be banned from displaying their brand colours, logos designs on cigarette packets.

All packs must be an olive colour, showing only the brand name and graphic health warnings which must cover  75 per cent of the front of the pack. 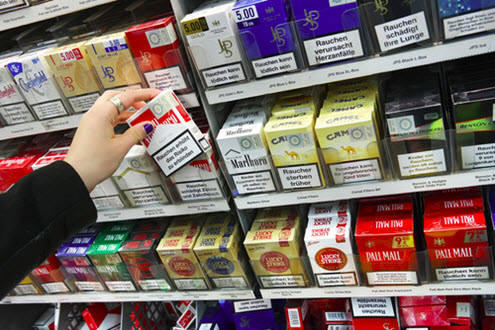 Branded cigarettes in Australia, a thing of the past.

Colour is registered by the brain before either images or typography. Colour increases brand recognition by up to 80%. Source: University of Loyla, Maryland study

use of olive green – colour psychology
In the ruling all packs must be an olive colour. In this context the sludgy green is used to support the graphic images, to communicate blandness, decay and rot, which are the negative psychological associations of green. 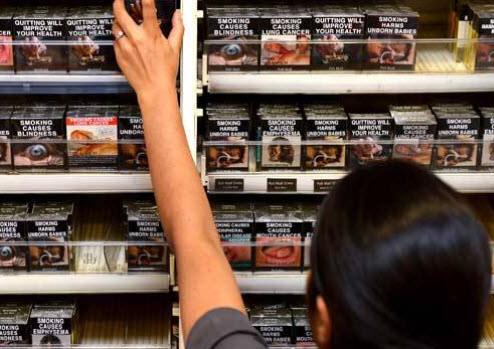 Whilst the underlying psychological message is there on a subconscious level, it is very likely that a conscious association is at play such as existing addiction, peer group pressure, even rebellion of any authority telling them how they should be thinking and trying to influence their choices.

close monitoring
The Australian government appears to have really gone for shock value. It will be interesting to see if the olive green colour  they chose, the imaginary and the wording is actually right and what effect that will have.  They will need to monitor this very closely over the next year, 5 – 10 years. There will be a dipping point where the public may become desensitised from the imaginary and it becomes normalised.

counterfeit concerns
The tobacco industry lobbied hard saying the new packeting just made it easier to copy. Really? Counterfeiters have been copying previously branded products for years. All they will do now is copy these new designs, possibly focusing on the ones that are less ‘shocking’.

In the UK On 6th March 2012, a new law was introduced that requires supermarkets to hide tobacco products from public view. To be hidden behind a screen or below the counter. It would be interesting to see if this simple approach has an effect – out of sight out of mind…

There are many countries as well as the tobacco industry watching to see how this plays out in Australia as many other governments are thinking of following Australia’s lead.

What do you think? Would this stop you from smoking or prevent you from starting?