history behind the colours & design of the olympic rings 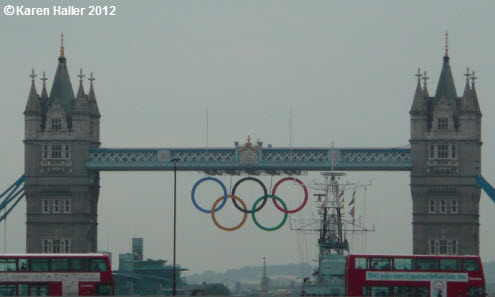 In between meetings today, I stopped off to take a look at the Olympic rings hanging off London’s iconic Tower Bridge.  I love the symbolism behind French Historian, Baron Pierre de Coubertin choice of colours and design. The logo has certainly stood the test of time. It still has the same relevance today as it did when it was first created in 1912.

the design
His vision was to have the 5 interlocking rings represent the 5 continents, bringing together all the people of the world.

the colours
The 5 colours he chose was to represent every national flag. At the time (1912), every flag in the world included at least one of them – blue, yellow, black, green, and red on a white background.

The current International Olympic Committee (IOC) state the “flag reinforces the idea of the Olympic Movement’s universality, as it brings together all the countries of the world.”

Fingers crossed by the time the Olympics comes around the summer will have arrived and the sun will be shining!