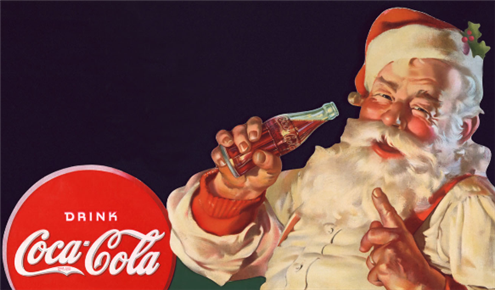 This would have to be one of the best marketing coups. A company taking an iconic figure and moulding it to represent their brand. All through using their brand colour.

Noticing their drinks were seen as a warm weather drink, Coca-Cola decided to start a campaign to remind people they were a great choice in any month, no matter what the weather.

Their campaign began in 1922 with the slogan “Thirst Knows No Season”. How did they get this message out to their consumers and the general public? By connecting their drink to a true icon of winter.

So they commissioned an artist and the result is none other than the modern day red-suited jolly Santa Claus. Red was chosen to match Coca-Cola’s brand colour. Before this Father Christmas was traditionally seen wearing green.

And like many major corporate brands they have a patent on the Coca Cola red. 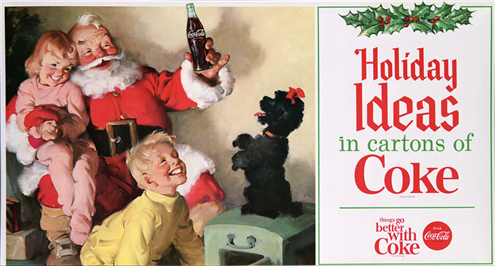 Over the decades this direct colour association to Coca Cola has lessened with the red Santa becoming bigger than its creator.

When you see Santa do you think Coca-cola?

Source: For the full story on how Coca-Cola’s Santa was created.