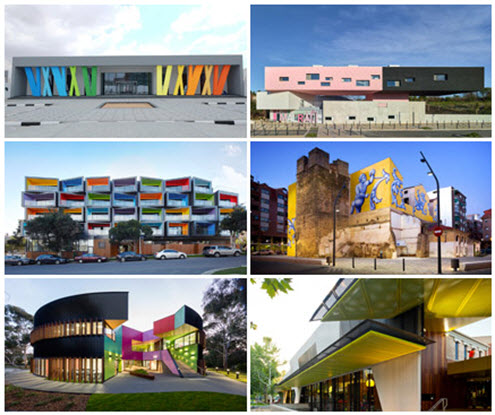 If you are an architect or a designer, chances are you’ve heard about the prestigious WAN awards that have architects and designers vying for their coveted awards from around the global. I was really honoured to be asked to be on their judging panel for the Colour in Architecture award to come up with a shortlist of nominees and then picking the winner for 2016.

If you haven’t heard of the WAN Awards, they are run by the World Architecture News, the leading resource for industry information and project news. The WAN Colour in Architecture Award 2016 “celebrates projects that harness colour to dramatically transform a building or enhance the experience for its users and community” so it’s all about utilising colour as a means to create a more dynamic and communicative built environment.

Introducing the judging panel
The long list of 19 impressive designs was assessed by a judging panel, chosen for their extensive expertise in this category. This year’s jury were: Morag Morrison, Partner at HawkinsBrown,  Per Nimer, Design Manager at Akzonobel and Zlatko Slijepcevic, Director of EPR Architects and myself as the Applied Colour Psychology Specialist. 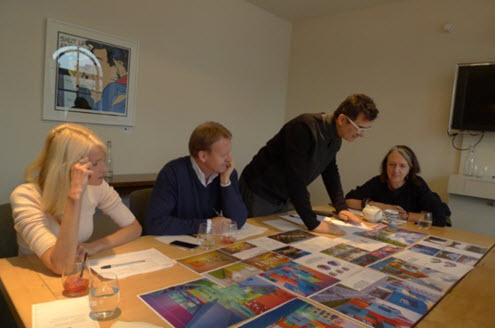 However I almost didn’t make it…

I really don’t like being late so imagine how I felt when I was rung up asking where I was as the other three judges were waiting for me! I’d got the date wrong. So getting ready and racing into central London in record time, clearly I had the time fairy on my side. Everyone was very forgiving and I got off lightly with just a bit of teasing banter. No time to waste and I was straight in the thick of it.  Morag, Per and Zlatko were great fellow judges. No sitting on the fence for us, each of us knew what we were looking for.

We reviewed the projects based on factors such as originality, innovation, form, function, sustainability and context, before considering how each design met the client brief and used colour in an innovative way to enhance the building.

This year is the first time WAN have brought a colour psychology specialist on the panel as they are now recognising the importance of using colour to create successful built environments.

And the winner is
Whilst we debated the shortlist of nominees we were unanimous in our view of the winner. So without further ado, the winner of the 2016 WAN Colour in Architecture award goes to…

My fellow judges and I were excited when we saw this entry. We loved the idea of the an ‘egg’ that had been cracked open to reveal a hidden jewel-like treasure of colour. The architects aim was to create a “design distinguishing between the outer world (civic and circular) and the inner world (complex and colourful).” On the outside there is virtually an absence of colour and then you step through to a vibrant, colourful opening. It feels like you’re discovering hidden treasure.

It’s clear the architects thought about colour from the initial design concept as it’s integral to the overall design. This is really refreshing to see as usually colour is only thought about towards the end of a design project as an afterthought. It also has a fun, playful element to it which creating an inspiring and uplifting welcome for the students.

It was a privilege to be part of the judging panel for the Colour in Architecture Award and inspiring to see that colour is gaining recognition as a valued part of the design process. It’s wonderful to see architects using colour to enhance the well-being of a space and the standard of entries shows we’re really moving in the right direction to using colour for positive change in the built environment.

If you would like to find out more information on each of the six shortlisted and what we the judges had to say about them, then you can check it out over here.

What do you think?
Now that you’ve seen the WAN Colour in Architecture award shortlist and winner, what do you think? Do you agree with our choice or perhaps chosen one of the other shortlist? Come over to The Colour Collective and let us know.