London Olympics… British seeing red over too much blue 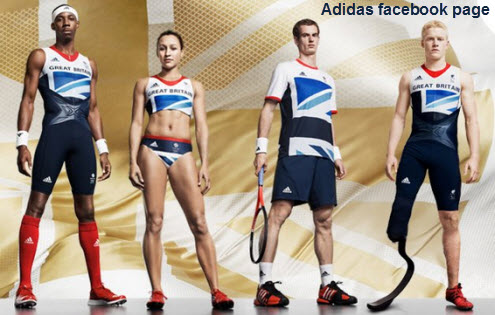 If you think colour doesn’t matter, try saying that to the Brits who are not at all happy with the British Olympic uniform not sticking to right proportion of the national colours. Some even say the uniform represents Scotland not Britain because of the high percentage of blue.

Even though red is being used, it appears it is the relegation of red people aren’t happy with as that is the colour that represents England in the Union Jack. They don’t see the uniform as being representative of Britain.

It seems if you mess with the proportions of colour and you’ll hear about, which Stella McCartney has certainly experienced “If there wasn’t “Great Britain” across the top, I’m not sure I would be able to guess which country they’re from,” was one comment the Adidas’ Facebook page. Another commented “… the GB flag is RED white and blue, NOT blue, grey and blue …”

colour association
When it comes to national events and there really isn’t one bigger than the Olympic games, associating yourself to your nation’s colours is the single most visible way for not only athletes to show which nation they are competing for, but for fans to show which country they are supporting and cheering on.

Having been raised in Australia, I took a look at the Australian uniform. The national flag is also red, white and blue, but when it comes to sporting events, the colours that symbolise Australia are the green and gold of the national flower, the golden wattle.

With the high percentage of gold used, what better colour to symbolise going for gold! 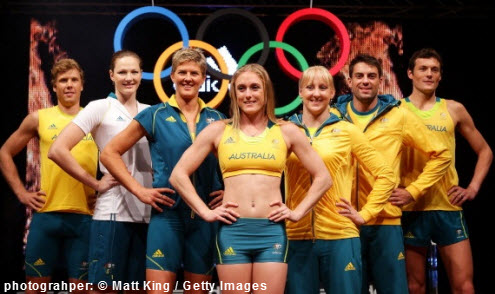 What do you think of the use of colour for the British uniforms, or perhaps even the colours of your home country?