an interview with…. primelocation’s nigel lewis

Following on from the success of the PrimeLocation.com Property Blogs Awards I thought I’d see who the man was behind the scenes, what inspired him to start the awards and how he sees the future of the UK property market.  I just love how a foreign investor wanted to buy an entire village… classic!

Enjoy an interview with… Nigel Lewis, Head of Content at Primelocation. 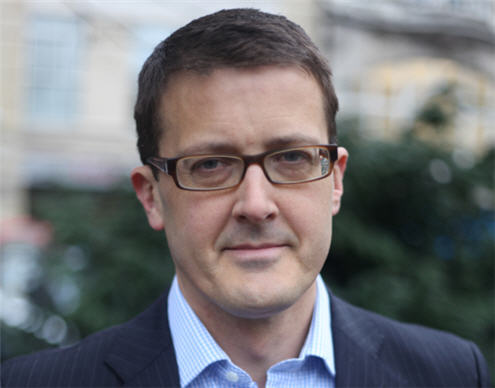 What inspired you to hold these awards?
Two years ago we noticed that more and more people covering a wide range of interests were blogging about owning, selling, renting and decorating homes but that no one was rewarding or celebrating this – so we decided to step in.

What’s the most unusual property request you’ve had?
I received an email recently from an American user asking if it was possible to buy a whole village in England and, if so, could we indicate where and how much. Unfortunately, we weren’t able to help.

Where do you see the future of the UK property market?
Prices are likely to dip slightly but overall are more likely to instead stagnate until both incomes catch up with house values and mortgage lending improves. One thing is for certain over the next 18 months – the number of homes being bought and sold is likely to remain much lower than it was at the peak of the boom. Some 1.1 to 1.2 million homes used to be sold every year in the UK, but today that’s more like 750,000.

4. What’s your top tip when it comes to property?
The most important room in any house when selling is the hallway – it’s the first room a potential buyer sees and they have often already made a decision about your home before you’ve shown them the rest. So focus all you preparation efforts into that space. This is true online too – homes that have the hallway as the opening image on Primelocation are more likely to be viewed online than ones that show the exterior first.

Whose blog do you love to read and why?
I read the best of the blogs within property including PropertyNewsHound.com and of course KarenHaller.co.uk/blog/ but my most frequently read is non-property – a friend recently went to live and work in the US and his wide-eyed reporting on the clash of two cultures (for him) is currently my daily read – at : http://blogsbeginat50.wordpress.com

I have to agree with Nigel, PropertyNewsHound.com (one of the 2010 award winners), is incredibly knowledgable when it comes to property. And very sweet that he enjoys my blog too 😉  On his recommendation I’ve checked out blogsbeginat50 – insightful, witty, humourous… definitely worth checking out.

Check out the winners of the 2010 PrimeLocation Property Blog Awards.

I’m looking forward to interviewing all the award winners over the coming months.